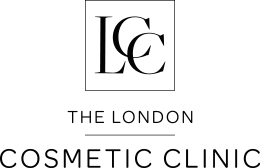 A keloid is a type of scar that forms when there’s too much collagen in the skin. It can be caused by injury, particularly from rubbing or squeezing the area. But it can also happen without a specific cause. Keloid is more prevalent among some races and families regardless of whether or not they sustained body injury.

What is a gene?

Gene is a basic unit of heredity that is physical and functional. It is the basic unit of inheritance that is passed from parents to offspring.  These genes carry information that specify human biological and physical traits.

Genes influence our traits because they contain some DNA that code information for making molecules called protein. Our cells and tissue that perform different functions in the body are made up of protein.

The size of human genes varies. Some genes may be made up of hundreds or millions of DNA. Most of human genes are the same except for some that has slight difference in their DNA sequence. It is this few different genes that account for each of our unique physical traits.

As an individual each of our genes have two copies; one inherited from our father, the other from our mother. Through genes our parents pass some characteristics to us such as eye color, hair colour and texture, skin tone and blood type. Our parents can also pass on some diseases and conditions to us genetically. This explains the reason keloids can be genetically passed down generations.

A frequent, abnormally elevated cutaneous lesion which can develop after even mildest skin injuries is called keloid scarring. It is also known as keloid disease (KD).

Research has shown that keloids can be genetically passed from parents to children.  Keloid scarring is regarded as a genetic disease because it is prevalent in  persons of African and Asian heritage, it runs in some families, and it is prevalent in twins.

Following the findings of a 2019 research, there are several varieties of genes that may predispose a person to keloid formation, but not a single gene mutation has been found to be responsible. These genes explain why keloids affect multiple members of a family over several generations. Not only that, they are also responsible for the specificity in the location of the keloid scars in the members of these families.

Keloids can be hereditary but that is not the case for everyone that has keloid. Some people developed keloids after having surgery, ear piercing or laser treatments to remove tattoos. Others have them from a genetic predisposition, meaning their parents had the same condition. Still, others might get one from injuries that happened months ago, such as burns or some insect bites like stings from certain wasps and bees.

Keloids are not malignant, they are tumors of the skin that grow excessively after a wound has healed, but do not pose any health dangers.

Many people with keloids experience itching, irritation, and pain. Though they’re not dangerous, they might be unsightly and annoying, so it’s important to recognize the signs of keloid development early on and take appropriate measures before things get worse.

Do white people get keloids?

The short answer is yes. However, it is very crucial to understand that when we say “keloid,” we are talking about excessive wound healing. This is a natural reaction to injury, and most people who have been injured heal without having a keloid. Also, not everyone with this type of skin can get keloids.

Are black people prone to keloids?

Keloids are most commonly found on those who have dark skin. They are commonly seen following surgery and skin lightening. People of African descent — as well as some Asian and Latino people — tend to have more of them than other ethnic groups because the condition seems to be inherited.

Keloids are usually a benign consequence of the body’s wound-healing process. Keloids can be compared to warts or stretch marks — something that the body does not want but which will remain until you take action.

Keloids can continue to grow for months or even years. They eventually stop growing, but they do not disappear without treatment. In some cases, keloids can return after they have been removed.

Keloid scars are usually painless, but some can cause pain, tenderness, itchiness, a burning feeling, limited movement if located on a joint.

It is safe to say that keloids are genetic . This is evident in detection of keloid among non scared individuals. This  means that if these non scarred individuals have wounds, their skin is very likely to form keloids. Regardless of whether your keloids are as a result of a scar or hereditary, you should get professional keloid treatment and not rely on self medication that can have adverse consequences.